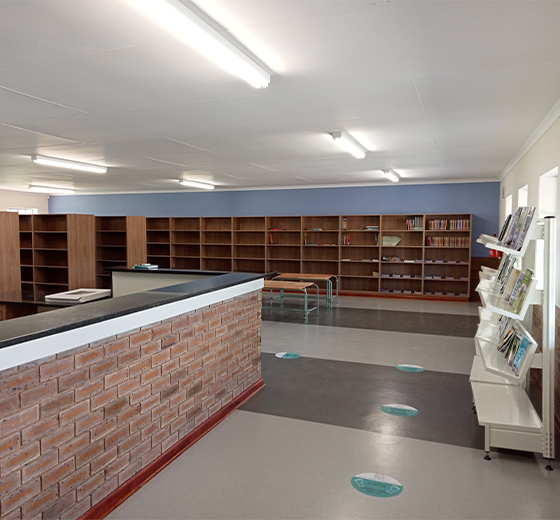 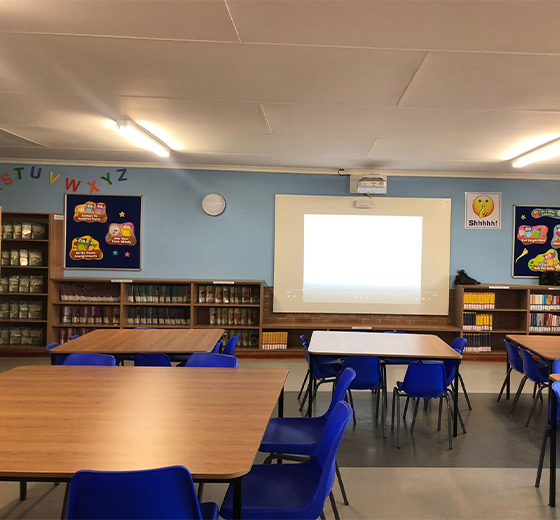 The school was named after Abram "Buddy" Hlophe, a former learner at Katlehong High School who later became a community and political activist. He fought for educational facilities to be brought closer to the townships. Hlophe was shot killed by police in the Katlehong protests in 1992.

The school was identified as a potential partner in March 2021 after it had moved to a new building in February of the same year. It had a fully furnished library with two extra rooms that were later turned into reading rooms. The team had to tailor-make some of the shelves in order to install the IT equipment.

At our first meeting with the school management team, they were thrilled to hear that the library and the resource centre would serve the entire school curriculum. They indicated that teaching and learning would no longer be business as usual for the staff and learners at Abram Hlophe.

The team completed the renovations in July 2021 but due to the lockdown, we could not have the official handover. On the 16th of August 2021, the library was opened for teachers and learners. The library has fast settled to become the centre of the school’s teaching and learning programme – it is busy beyond description.  Due to the high number of learners the teachers have are working with the library assistant to make sure that every learner is given the necessary support in the morning and after school.

The official handover took place on 20 October 2021 and was attended by representatives from Hyundai as the official sponsor; also in attendance were Imperial Logistics, Motus Corporation, trustees, district officials and principals of the neighbouring schools. Members of the school governing body, teachers and learners deem themselves among the fortunate to have acquired such a valuable resource.